Tonight I also got the chance to play through Mungo_D's contest module, Once Upon a Time. My comments: 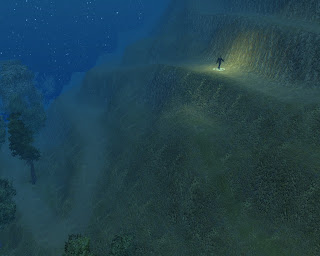 Once upon a time is a modest, humorous little adventure with a cool premise, and ultimately is a decent way to start off a character and get him or her to level 2. The premise--that people are just pawns, their lives shaped by stories, which repeat over and over again--is really cool and deserves exploration. I thought that this was going to be a really cool exploration of fate and destiny and a character's fight against impossible odds. Instead, while there's an element of that, the author opted to use the premise as a running gag throughout the module. His take is funny and clever, and I recommend it for that. The module also has a cool underground mines area that was built exterior areas, as well as a spectacular effect during the opening sequence. 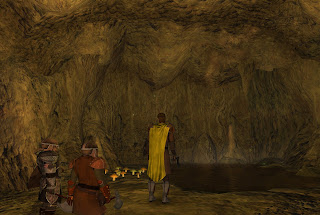 The actual adventure itself was fine, though perhaps not particularly memorable. Dialogs, as others have mentioned, were fairly minimal and were quite linear, though they were well written. It seems like this could have been a great hack and slash mod for a level 1 character, but I found the combat to be a bit light for that genre. Granted, I played with a fairly uber melee character, which might have made it too easy, but I think that a bit more combat & a bit more exploration (especially in the mines) might have made this a more enjoyable module. Of course, that might have been inconsistent with the punch line... :)