Here are my comments on FalloutBoy's Stormchaser, which was a delightful module to play over a couple of evenings. 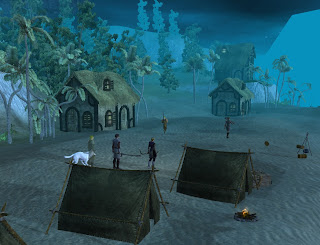 I think this is one of of the top three modules available on the vault right now. I found it to have a very polished feel (in spite of a few bugs), with good scripting, a focused story, amazing visuals, and challenging combat. It is basically a linear module, though there are a few minor (but fun!) sidequests to help keep things interesting. This, along with good story execution, helped avoid any feeling of being railroaded. Cutscenes were very well done, and the visuals -- particularly the coastal and island villages--were spectacular. There is also a surprise "dungeon"-like area later in the module that showed off novel use of height maps, and, of course, the first implementation of controllable ships that I've seen in nwn2. Roleplaying is reasonably well-implemented, particularly in the latter two thirds of the module, with good use of skill checks (with consequences!) and a few cosmetic choices that offer good roleplay opportunities. 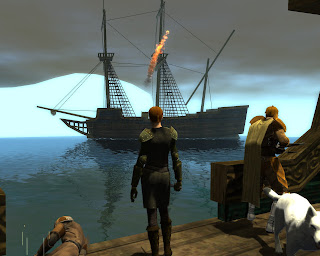 My critiques are minor. I think that a few more dialog options would have been nice --especially new threads allowing you to talk to NPC's as you learn things from other NPC's. I'll provide a few of those suggestions in comments to the author. Also, given that this is the first chapter in a series, I was surprised to see that the player character is not exported automatically, nor is the player given a chance to do this near the module end. This could create problems when players go to play the next module in the series. There is also a place where monster respawning occurs at a fairly high rate. I wasn't crazy about this, but I understand the author's reasoning behind this design decision. 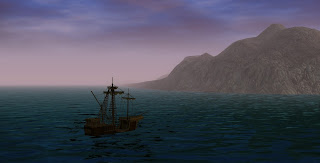 Overall, a really excellent module and one that is well worth playing. It's great to see high-quality content like this coming out after the initial surge of Tragidor & Pool of Radiance in January. Congrats on a great module, and good luck in your future efforts! -B