I just wanted to highlight this amazing digital painting by Vaei of Rogue Dao Studios that appeared on the Vault yesterday. It depicts The Hive, which consistutes the slums of Sigil, the City of Doors. Absolutely spectacular work. 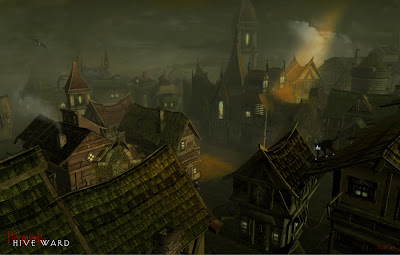 The news feature for this item also mentions a new release date for Purgatorio, June 2007. This is not surprising given the apparent size and scope of their module, though I admit I had hoped it might come sooner--simply because it looks like it will be so much fun to play. :) All in good time though.
Posted by Berliad at 11:29 AM