Last night I finished up Avendale. As I mentioned previously, it offers some really excellent low-level adventuring. Unfortunately, it doesn't quite keep up the momentum of the first several gaming hours all the way to the finish. Even so, it's very, very promising. I'm more and more certain that we're going to see some amazing modules in the not-so-distant future. Here are the comments I posted with my vote:

Avendale is a very promising, though ultimately somewhat flawed module. The first two hours or so are fantastic--low level adventure in a sleeply little rural town and some various minor intrigues nearby. The writing is excellent. There aren't really any obligatory quests, but instead there are lots of side quests and side areas (some of which are quite involved), which gives the module a great "explore-y" feel. Everything is low magic (though the loot does pick up a bit near the end, perhaps slightly too high), with nice "realistic" features like the ability to loot any equipment from enemies, etc. Areas are beautifully sculpted (especially Avendale!), and the author makes great use of the scaling and tinting features to create some new creatures. Also, there's a decent pair of companions that result in a pretty solid little adventuring party...though I would have liked to learn more about them. 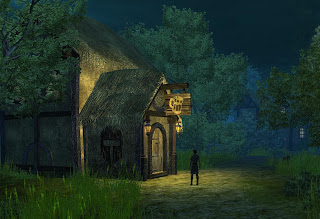 Nevertheless, I felt the module ran out of steam after those first two hours. Open-ended modules are great, but I think it's important to have some sort of overall plotline to ultimately give the player a goal. Ultimately, while exploring Avendale and its immediate surroundings was a lot of fun, there weren't really strong, compelling reasons to leave the town save for a few minor side-quests. I don't need someone to ask me to save the world or anything, but the only reason I ultimately left Avendale for the East was that there was no where else to go (except, perhaps, to find the wizard...which wasn't really weighing heavily on my mind). The module also ends rather abruptly. 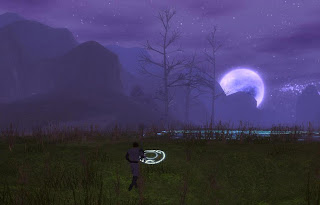 Even so, in terms of total hours of engaging gameplay for a true adventure module, this module is tops on the Vault right now. Furthermore, the author showcases some excellent skills that speak of great things to come. So thanks for sharing this, and good luck in your future efforts!