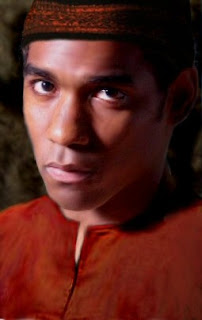 The main feature in this week's update at Rob McGinnis's NWN2 blog is a feature on the arcane scholar prestige class. Here's the lowdown on the requirements/features of this class:

All I can say is wow. There's usually some sort of disadvantage that goes along with becoming a particular prestige class rather than keeping your "pure" class, but I'm not really seeing one here aside from the requirement of taking those skill focus feats. And the payoff is huge. "Free" maximize and quicken feats at level one make up for the "lost" skill focus feats, but the improved empower, maximize, and quicken spells are an enormous advantage--especially for blaster sorcerers. I'm sure this will be a popular prestige class, probably more so in the long run than the Red Wizard of Thay.
(Portrait by wyldcat)
Posted by Berliad at 3:22 PM