Having finally finished Storm of Zehir, and punted on Mask of the Betrayer, I found myself a few nights ago finally ready to return to the wonderful world of NWN2 modules.  It's been five years since I launched a NWN2 mod.  Amazing.  I can't remember who said it, but around the time I was leaving the community, someone mentioned in a comment (I think--couldn't find it) that Harp and Chrysanthemum was a pretty good reason to come back and start playing again.  Whoever said that was right.  I had been following this module pretty closely while it was developed, and have long been a fan of Maerduin's earlier work (e.g. The Birthday)  Here are my comments on Harp:

My vote: 10 - A Masterpiece, Genuinely Groundbreaking
Character: Mers Fener, a level 4 Barbarian, previously had adventured in Once Upon A Time..., leveled up in FRWCC.  Advanced to level 6 by the end of the module.

This is a really spectacular module.  It is stunning, evocative, and powerful.  While not perfect, where it excels it is so amazing that it overshadows its few flaws and drawbacks.

Harp and Chrysanthemum features the most spectacularly designed areas I've seen in NWN2.  Far more so than anything you see in the official campaigns, Maerduin makes brilliant use of vertical scale in many of his areas.  The main town in the module, Drawn Swords, is a shining example of this, and is a major feature of the module.  On top of his area design skills, the author creatures powerful--if not chill-inducing--moments with his expert use of cinematic cut scenes that showcase his areas, as well as custom music.  I have never seen better use of the camera than the author achieved in this module; it should be required viewing for any aspiring modder who wants to learn how to do it right.

The story is fascinating, and is told largely via the interactions of strongly developed NPC's.  You begin the module in the company of a rogue, an old friend, and shortly thereafter are joined by a paladin.  The paladin, in particular, is a wonderful character.  In many ways, she's tragic: seemingly cold and powerful, but, as you soon learn, also vulnerable and insecure.  It's been quite a while since a character came alive before me like she did in this module--perhaps not since playing some of Alazander's old modules.  Moreover, the story is punctuated by dramatic moments that had me saying "oh my god!" to my screen.

This is not to say that the module is perfect.  As many have said in the module's comments page, the combat is quite challenging.  I initially tried to let my barbarian lead the charge, but quickly found that I needed to boost the paladin's armor class as much as possible and let her tank, only allowing the others to join after the enemies had her surrounded.  Challenging combat isn't a bad thing off hand, but it was even necessary to micro-manage to this degree on "random encounter" monsters.  Some of these monsters were on respawn triggers, at times re-spawning shockingly close to the party, which became really annoying.  At one point, I just ran through an area with the paladin, just allowing the other party members to fall to the monsters, because I just wanted to get back to the inn in town and rest.  On top of all this, even decent healing supplies, such as potions of moderate healing, are in limited supply--though you can buy an extremely expensive liquor at the bar that works just as well, if you have the coin.  Often, you don't.

On top of some combat frustration, I ran into several bugs.  One innocuous one resulted in the town leader materializing in the middle of town without any scripts attached to him.  At one point, another copy of that same leader had a conversation with my characters and walked right past his clone on his way back to his shop.  I also somehow completely missed what was supposed to be an earlier encounter with some elven tomb defenders.  This made a later conversation with them extremely confusing.

But what this module does right it just does so well that I can't let myself get hung up on those problems.  The author's attention to detail, from the area design, to the stories on each custom item, to some of the charming side quests (the dryad was a favorite), to the fact that (if I remember correctly) the author actually recorded several pieces of the custom music himself, is unsurpassed.  Objectively, maybe this module is a 9.  But I experienced such a genuine, emotional connection to the story and its characters that I can't justify anything other than a 10.  It's not perfect, but I can't imagine a way in which this module can't be considered legitimately groundbreaking.

More screenies below the jump 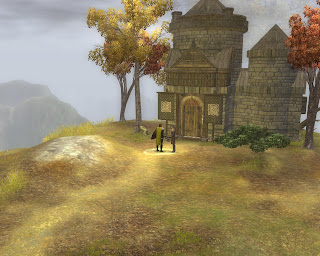 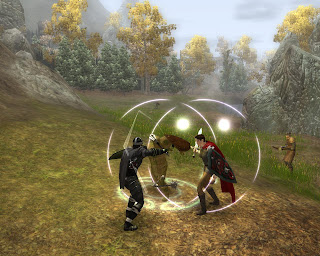 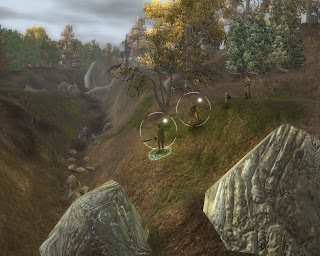 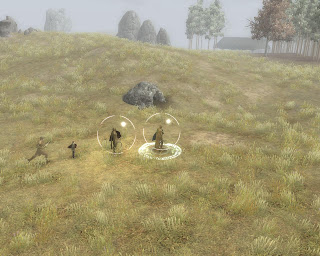