Having unwittingly become the center of an ancient prophecy, and dubbed the unmaker who will bring about the Century of Sorrow that leads to the end of the world, the PC sets off for the desert city of Hierathanum.  There, you hope to meet with the Dreamweavers, a group of mysterious dreamers who, like you, are gifted with The Sight.  With their guidance, you hope to learn more of your powers, and hopefully find a way to avoid bringing about the end of times.
Chapter I of the Prophet featured a vast journey with incredible twists and turns, and featured powerfully-written NPC companions who were integral to the plot.  Therefore, it was with some excitement that I launched the next chapter.  It was a well-polished module, with strong writing, good technical skill, and a bare minimum of typos, small bugs, etc.  Area design was about as good as it gets in NWN1, with creative skillful use of custom spectacular custom content.  The "Mountains" tileset has never been used so well as in this series, and I loved many of the other innovative ideas he used.

Combat remained interesting, with damage absorption continuing to play a big role in the success of my character.  This was also true of the NPC's, and therefore required me to do whatever I could to make use of sneak attack damage to avoid lengthy battles of attrition.  While I started the module trying to "tank" with my rogue/ranger, I did find it necessary to reverse things and let my ranger companion be the primary melee character with the majority of the good damage-absorption equipment.  This meant my character wasn't as well equipped, but it made sense to keep the enemies on him: he had more HP, and if the foes were targeting him then I could sneak attack them.

That all said, I found the module's story to be a bit disappointing.  The first half of the module established the setting and flavor of Hierathanum, but ended up largely just being a blockade to the character's progress in the story.  The elements of the main plot that were present were largely just a rehash of the events of th first module, which seemed overdone.  And when the story did progress...well, it was on rails.  One's choices did not matter.  ....  I fully realize that this is kind of the point of the module--it's about a prophecy, after all--and is what puts the PC in the center of the story's challenge.  But for some reason, it still just didn't ring true the way the same kinds of themes did in the first module.

In any case, it certainly serves the purpose of setting up the final chapter of the trilogy.  I had a fun time playing in the author's world once again, and I'm excited to see how my character will work his way out of this situation...if he is even able to do so.  The module ends on a dark note, and it's hard to imagine what can be done amid all of the hopelessness.  Here's hoping for an epic solution in chapter III!

My rating: 8 - Recommended to Anyone

More screenshots after the jump! 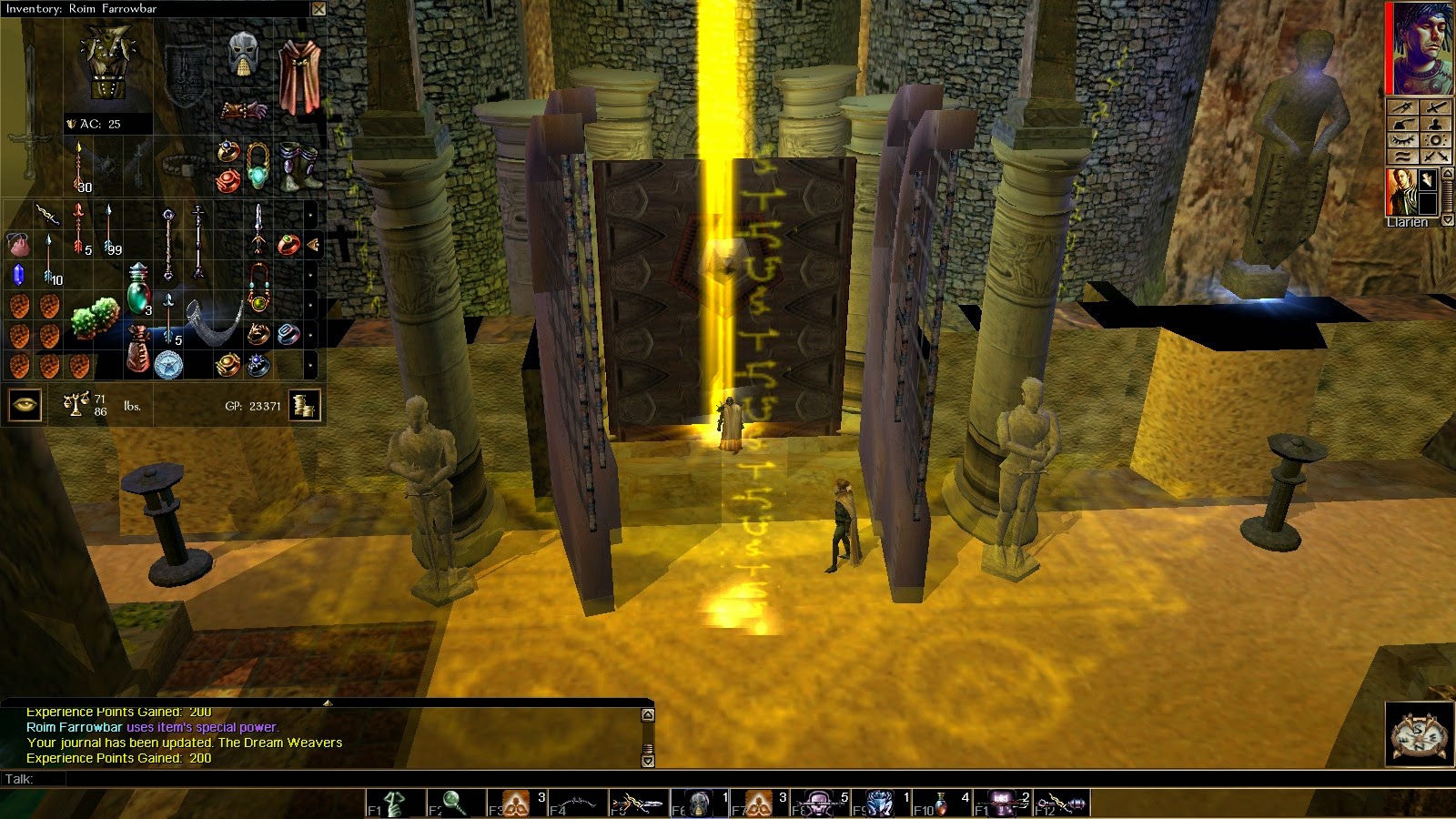