This batch contains two of my favorite entries in the monster category thus far. These two entries, by Kamen Anev and Vaei, really try to re-imagine a monster rather than duplicate its appearance in-game. The results are far more compelling and interesting pieces than some of the others we've seen. It doesn't hurt that the artistry itself is spectacular. ;) I continue to be in awe of the quality of work we've seen in this contest. 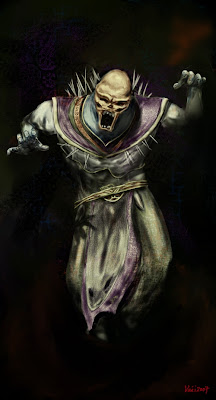 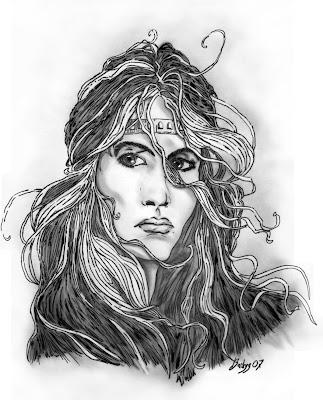 Construct vs. Grobnar by MaeBe (wonderful use of lighting) 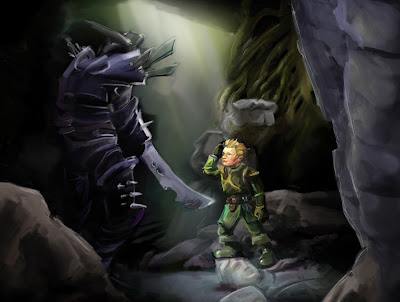