Four NPC pieces with tonight's update, three of which feature Elanee. Elanee was one of my favorite NPC's from the OC (I've managed to repress that awful come-on scene right before battle at Crossroads Keep--yet another case where the optional romance is better avoided). Yeah, she's a bit of a stalker. But she's a strong and otherwise mature female character, and those were otherwise pretty much absent from the companion roster--well, except maybe for the Gith, but I liked her too. I wish I could have used Elanee in my party more often when I played through the campaign, but her skills overlapped a bit too much with my cleric's...and in the end, I'm a bit too much of a power gamer to put up with suboptimal party composition for very long. :)

There have been 10 contest submissions in the last 48 hours, which puts me massively behind in this series of posts. But that's a good problem to have. :) I'm sure this will continue today and tomorrow with the contest deadline being tomorrow, but I'll try to post four a day for the rest of the week--I expect we'll still get through them all before an winner announcement is made.

Elanee by Firestorm2117 (Firestorm also has submitted a painting of Neeshka, which I posted last week) - This is my favorite of this batch. 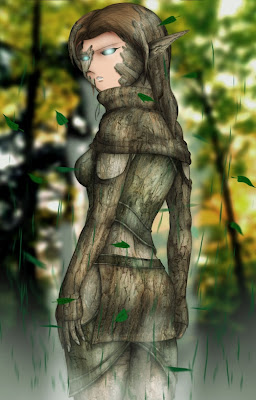 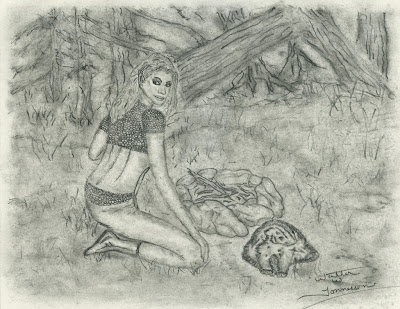 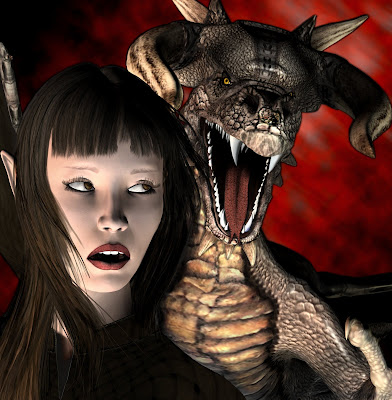 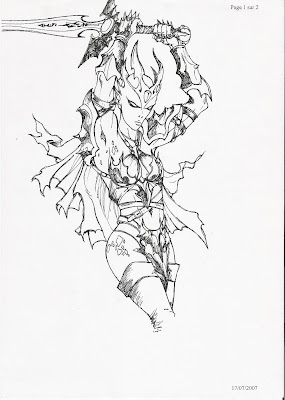