Thanks to the heads up by QSW at NWVault, I watched the Gametrailer MotB video this evening. It shows a character wandering about a snowy terrain (using snow textures), fighting off some of the baddies that live in that area. The white of the snow is a bit over-saturated, so it's hard to see the detail of the texture very well, though I'm sure that this has to do with how the video was captured more than the actual game's graphics. The video clip also shows the mountainous area we saw in Feargus's video earlier this month, which Nathanial Chapman (the Obsidian rep) identified as being a location in Thay. The combat seemed fairly boring, with Wyverns going down as fast as Gnolls, but I'm sure this was mostly likely due to the fact that they're demoing the game with an overpowered character. 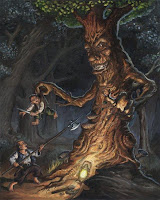 The coolest part of the video, however, were the close-ups we get of four new creature types: the two-headed Fell Troll, the Shambling Mound, the Wyvern and the Treant. They all look great. This is the first time I've seen anything indicating that a Treant will be among the new creature models, and it makes the Tolkien fan in me happen. It looked a bit small for my tastes (about the size of the 7-year old Ash tree in my back yard), but the toolset's scaling features make that an easy fix for builders.

Thanks to gametrailer's easy embedding features, here's the video if you haven't already watched it:


The above Treant image was by Leo Winstead. Here's some other Treant art from around the web: 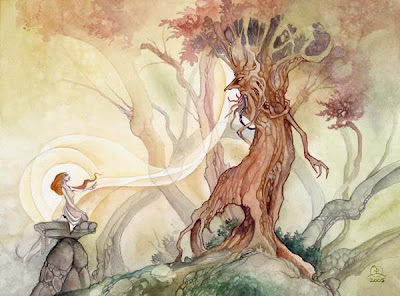 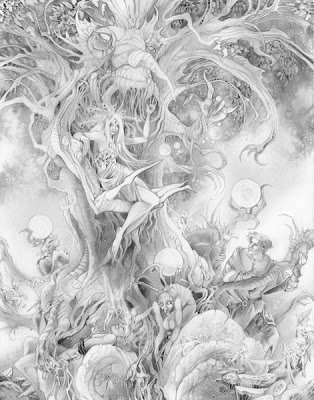 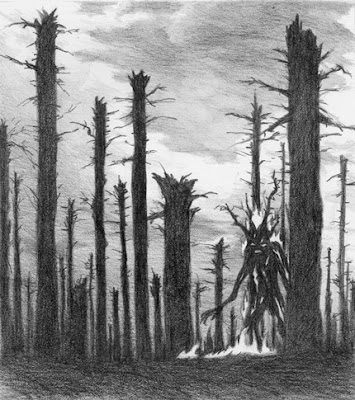 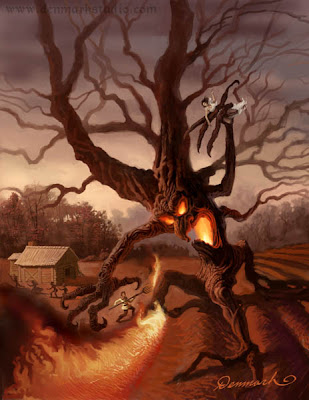 And, of course, the brilliant Treant model by DLA's Elryn for NWN1: 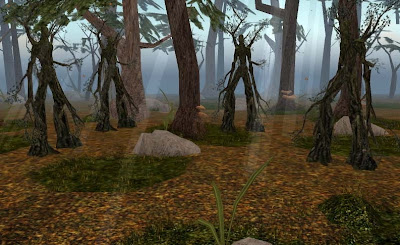