My character: level 10 warlock, got about half way to level 11.
Time Played: 2 hrs 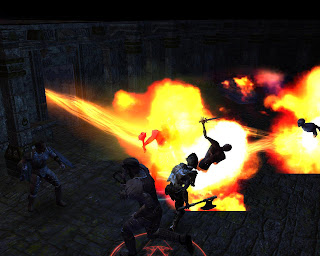 Shaar Moan is a pretty fun little module.  It is a basic, unapologetic dungeon delve.  You encounter a man fleeing from authorities along the road, and volunteer to help clear his name by eliminating the undead threat that he inadvertently caused.  There is one outdoor area, and your are instructed upon entering the dungeon that there would likely be three levels.  In fact, you are even told what kinds of enemies (all undead) one should expect to find on each floor.  There is a minor mystery and story underlying the dungeon, and some humorous elements scattered throughout (especially near the end).  It was enough to make it fun.

Combat was generally challenging and fun, if a bit inconsistent.  Perhaps it was due to the specific guard I took along (I took Bruiser), or the fact that I was playing a warlock, but the first floor's combat was the most challenging for my group.  Subsequent floors were far less of a problem.  Every floor featured custom monsters, however, which were varied and interesting.  There were also a lot of loot drops.  In fact, it is something of a monty haul, although I will say that at least all of the equipment is level-appropriate.  There's just a lot of it!

Overall, it was a fun little romp.  My score: 7 - Very good, deserves a look. 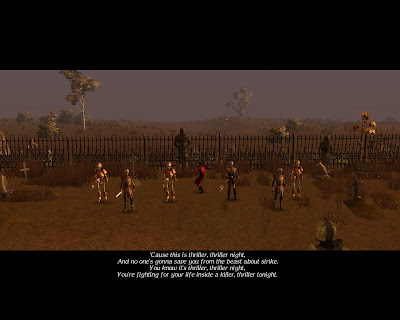