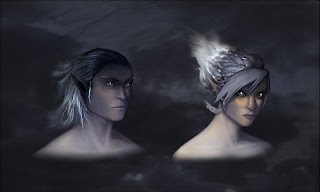 First, he has more detailed info on the Genasi, the new playable race(s) in the upcoming expansion. All seem to get a penalty to Charisma, which makes them unsuitable for some classes. I'm guessing (I could probably look this up) that they will also feature an ECL penalty. But still, they could be interesting races to play. I'd be particularly excited if someone decided to do a Genasi-specific module at some point. That could be extremely cool. 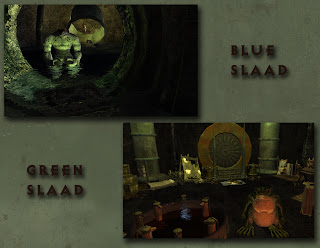 Second, he posted some screenshots from Rogue Dao Studios' upcoming module, Purgatorio. They apparently have custom monsters in game, including the much-needed Slaads. I think they look awesome, particularly the Green Slaad. Can't wait to see them animated--and I can't wait to start hacking them up. :D This continues to look like it will be the biggest community release of the year.
Posted by Berliad at 1:54 AM