Crossroads of Fate was a submission for the 1st Obsidian Module contest, but unfortunately the author didn't get a chance to finish his work within the tight contest deadlines. Fortunately, he continued to push forward with it and recently released a finished version on the vault. I played it over the course of a couple of nights this past week. Here are my comments: 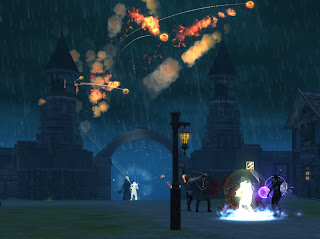 This module does a lot of things really well. The companion NPC's are well-defined, and the author succeeds in the very difficult task of making companions that you've just met in-game seem as though they've been the life-long friends that the story requires. Combat, particularly in the second half of the mod, is challenging and over-the-top high-level action. The introductory movie is extremely well done, and the closing movies do a great job of emphasizing the consequences of the actions you take in the module. Area design is generally quite good, especially the beautiful exterior rendering of the docks district of Tsurlagol. The module successfully nestles itself within the Faerun, and named characters from source books make substantial appearances. And most importantly, the module challenges the player with a difficult decision, in which, no matter what path you choose, there is no ideal outcome. 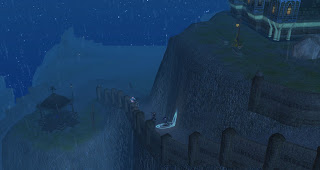 All that said, there were some aspects of the module that limited how highly I can recommend it. The first is its brevity. It's perhaps unfair to critique a module for this, as it was an Obsidian Contest module, but what we get to play feels essentially like the last hour of what could be a 5-10 hour module. The author does a good job of catching the player up on what has happened in the story, but I can't help but feel like we missed out on all the great stuff that lead to that point. Furthermore, the scale of the area design is large enough that the module feels a bit underpopulated. There are NPC's with which one can interact that fall outside the main plotlines, but there weren't really true side-quests (that I could find, though there are hints of some) that would make the city feel alive and real. In fact, the fairly superficial interactions that are present and the sometimes rough English (it's usually very readable, but I still recommend soliciting the help of a native English speaker to make your dialog flow better), made the mod as a whole still feel a bit unfinished. 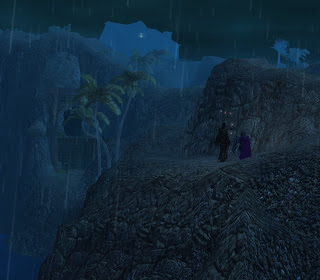 But that doesn't take away from the fact that what's there is good, thoughtful, and worth playing. I love the fact that there are three endings, and that the outcomes are far from predictable given one's decisions in the game--though they make perfect sense. I really look forward to playing more of your work. I had a hard time scoring this one, but I think my impressions best match this line from the FAQ, which indicates a 6 is the most appropriate score: "perhaps you found it enjoyable/useful, and something that you're generally positive about, but also found that it has enough drawbacks that it's not something you can recommend without a caveat."