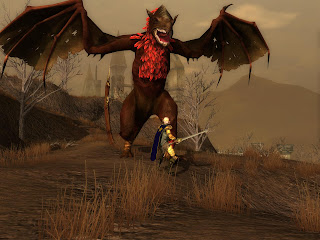 I'm making it a weekly habit to report on Obsidian's blog entries, but they've just been so good this past month.

First, the lead feature had to do with Obsidian's fan art contest. I think it's wonderful that Obsidian is doing this mid-term feature on their contest, as it's something that a lot of community members wished they'd done more of during the module contest. There are still a few weeks left for you artistic-types out there, so be sure to get your entries in.

Second, they released a new screenshot of one of the new monster models that will appear in Mask of the Betrayer--a Wyvern (pictured top right). Pretty amazing looking critter--I'm looking forward to seeing it in game! :) It is a bit different of a design than we saw from DLA in Wyvern Crown of Cormyr (below). More avian than reptilian (though aves is technically a clade within reptilia, of course...). 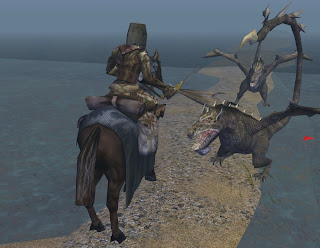 Update:
I decided to grab some more pictures of Wyverns from around the 'net, just because I think they're neat creatures: 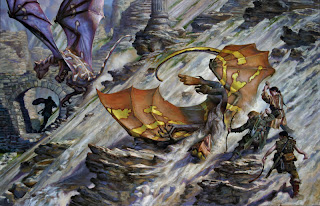 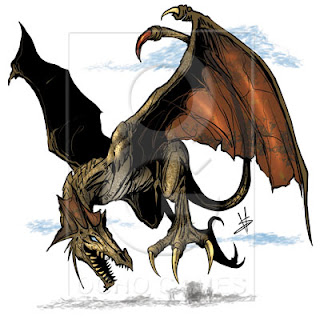 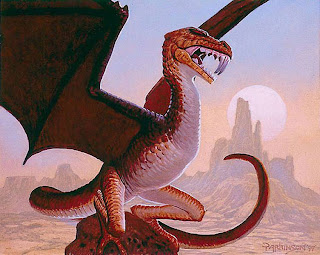 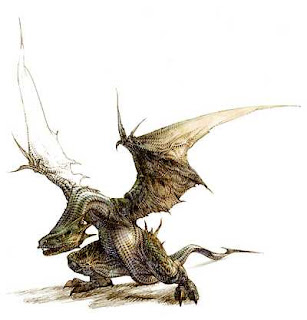