I spent 15 minutes watching the E3 Mask of the Betrayer Gamespot video just now. There's not a ton of new information, but a few highlights:
Update: In the new screenshots at IGN UK, there's a shot of a great looking golem(?). It's great to see some of the new creature models that will be in the game, as they should prove extremely helpful to builders: 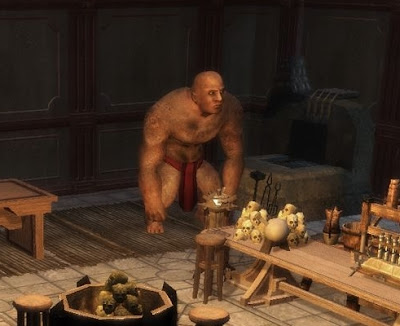